How to learn English grammar simply

Studying the English language is like building a room or an apartment. You take the bricks and you build the wall. Consider the bricks as the words and vocabulary. Without enough words, you will not be able to build anything. Consider the cement that holds the bricks next to each other as Grammar. Other than the rules, the structure will not be coherent.
Of course, the previous speech is general general talk and there is a lot of detail under it. The acquisition of words is not done by taking a list of words and trying to memorize them, such as those lists that come classified (such as the words of the kitchen, family members, etc.). This is a bad way to memorize words, especially when they are not accompanied by pronunciation. Correct, because the safe way to memorize new words is through context, so that the word enters your mind and is linked to other language words in order to enter properly and settle there.
As for the rules of the English language, the student must learn them properly, and at the same time, you do not need a large amount of cement (rules) to build the wall and the room, you need a few rules and a lot of words and practice, in order to consolidate those words and rules in your mind more And more and converting it from just information to a style you deal with in your life.

The right way to learn the rules

There is a problem facing many students, especially those who learn English in local institutes or even in schools. Unfortunately, the traditional method of learning does not lead to real mastery of the language. It focuses first and last on explaining the rules of the language, and these rules are explained in a dry way through books and handouts. Therefore, we find that the English language is taught in Arab schools from advanced stages, and continues to be taught for 6 years or more, and then the student graduates from high school and is unable to use the English language in a practical way.
Teaching the English language is an integrated process consisting of several parallel paths, these lines must run convergently, and each path takes its right of effort and time, and English grammar is one of those paths, so we find that there is another path represented in receiving the language through watching and listening, this The latter path should take more time and effort than the grammar learning path, also continually acquiring new words while learning is vital and important.

Start with the simple tenses

In the beginning, the student needs only a few rules, enough to get acquainted with the basics of the language, such as the parts of speech and the method of syntax basically, then he is supposed to progress by understanding complete phrases and learning new words and to receive the language by listening and watching, and to start from the first month Using and speaking the language using basic phrases, such as saying hello, introducing yourself, and asking about the situation.
Later on, the student is supposed to take light doses of grammar gradually, for example ; The lessons of the tenses should be given to him in proportion to his level, with his continuity and progress in understanding words and receiving phrases and using them in a practical way. 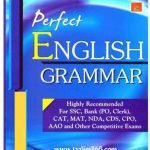 examples of those tenses:

.He plays football every week

.I play football every week.

.We play football every week 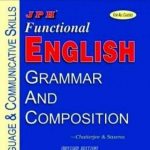 The past simple tense:

This tense indicates an event that began and ended in the past. What distinguishes it is that the verb is in the past tense (ending in ed if the verb is regular, or has another form if it is an irregular verb) as in the following examples:

.I drove my car to work yesterday

This tense is the basic and most formal way of forming sentences that describe something or an event in the future. It is the use of the words (will and shall + verb infinitive). Bearing in mind that Will is used with all personal pronouns, and Shall is used with only the pronouns (I and We). Here are some examples:
. I (will or shall) be at school around 9 AM

.He will meet you at the cafe

.?Shall we help you

The wrong way to learn the rules

As for the incorrect way to learn English grammar, it is when the focus is focused on the grammar only and intensively while neglecting the rest of the other learning paths (such as understanding phrases, memorizing words, practicing listening and speaking), as this style of learning leads to the accumulation of theoretical information in the student’s mind, that information will become It is a burden on him and it will not help him in using the language correctly, because he learned it in theory separated from the practical side. 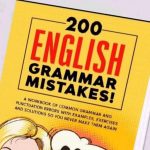 As for the second mistake that many educational systems and curricula fall into, it is giving the student advanced lessons of grammar while he is still at the beginning of the road. His stock of speech may be simple, but his knowledge of the rules is highly advanced. He knows “times” that the native speaker of the language may not use except Very rarely, why is it taught to a student who has not yet been able to say a meaningful sentence? 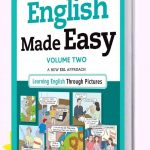 First, the focus should be on untangling the knot of the tongue, on being able to understand the audible speech, even if a little, and this will not be by injecting the largest amount of rules into the student’s mind, but rather by learning many words but in a coherent way and through common sentences and phrases, and the lessons of grammar should be For what serves that goal, the study of grammar is not a goal in itself, but a means to achieving a higher and more important goal. 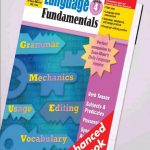 The English Essentials Book pdf is one of the most important English language teaching books worthy of download and participation. The book contains the most prominent English grammar you need and the basis of this language. You can also enhance your level of knowledge in English by accessing the most important books found in this article which you can download for free in pdf.